The God-cognition by Mathilde Ludendorff 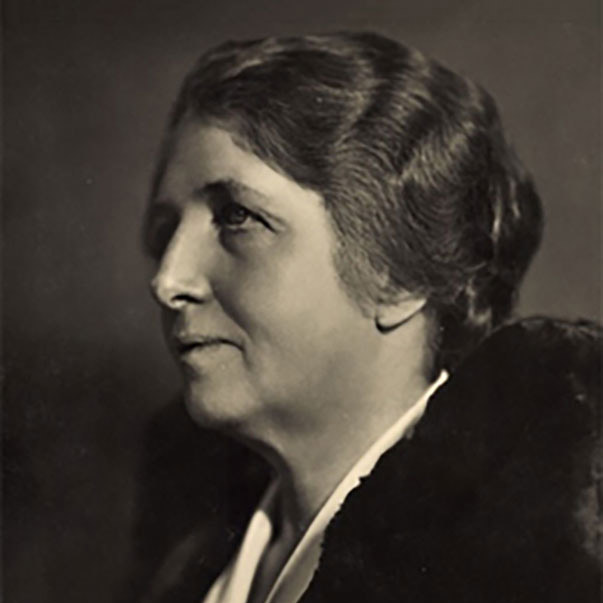 The word “God” or “the Divine” has always been an expression of man´s longing for life fulfilment. Today, the old religious conceptions of a personified god or of personified gods and goddesses who rewardingly and punitively intervene in men´s destiny are done as an error.

According to the German philosopher Immanuel Kant (1724 to 1804), conceptions and ideas of God were recognized as rational encroachments on the inaccessible realm of transcendency, the beyond of time, expanse and causality. Reason perceives the world along lines of these categories, thus comprehends the world of the manifested phenomena which are just as well subject to time, expanse, cause and effect.

Mathilde Ludendorff´s God-cognition extended the realizations of Kant by proving that, apart from his capacity of thought and judgement, man attains cognition by his divinatory “self”. This self is able to experience and recognize God, the entity of all phenomena, intuitively. Even the Greek philosopher Plato (-427 to -347) mentioned the “entitative vision” of the soul. Nowadays Mathilde Ludendorff recognized God as the entity of all phenomena. Entity means “real being”, i.e. the one and only reality. The German poet and author of philosophical essays Friedrich Schiller (1759 to 1805) also knew of a will that “weaves highly above time and expanse”, beyond expanse and time. Mathilde Ludendorff saw this will – the will to awareness – as cause of the emergence of the creation.

The God-cognition answers to the continually enigmatic issues of life: the divine meaning of life, of human imperfectness, of mortality and of the freedom of will. Mathilde Ludendorff`s philosophy of religion discerned the various ethnicities as unique and irreplaceable manifestations of the Divine which is principally disclosed in their customs and cultures. Diversity is one characteristic entity of the whole creation.

Along with the basic works “Triumph des Unsterblichkeitwillens” (“The Triumph of the Immortality-Will”) and “Schöpfungsgeschichte” (“History of the Creation”) the God-cognition includes further works: “Des Menschen Seele” (“Soul of Man”) and “Selbstschöpfung” (“Self-Creation”) deal with the laws of the human soul and with its levels of consciousness. With her works “Des Kindes Seele und der Eltern Amt” (“Children´s Soul and Parents´ duty”), “Die Volkseele und ihre Machtgestalter” (“The Peoples´ Soul and the Creators of its Power”), and “Das Gottlied der Völker” (“The Divine Choral of the Peoples”) Mathilde Ludendorff presents a philosophy of education, of history and of the cultures. Her later works light up the divine content of man´s soul, showing his self as its good of beyondness. On the whole, the God-cognition is totally in accord with the reliable knowledge of the natural sciences, even the latest.

In her work “The Triumph of the Immortality-Will” the philosopher deals with the must of dying and its consequence for man, the creation´s only being that comprehends mortality. Man repeatedly experiences the emergence of peculiar wishes in his self which will his actions to direct towards the absolute values of dignity, of the true, the beauty, and the good. Then, the well-known selfish wishes of the instinct of self-preservation fade in importance.

This conscious experience of the Divine was recognized by Mathilde Ludendorff as goal of the creation and as the meaning of man´s life. Only before dying is man capable of experiencing and recognizing the characteristics of the divine entity and thus design his existence in accordance with God. The legend of the continuance of the conscious soul after physical death turned out to be an error.

Any man could master this cognisant philosophy of an overall vision of the creation, provided he is longing for truth and not just for happiness and comfort. New cognitions, especially when religious, have always met with the bitter resistance of the prevailing teachings. That explains the public withholding of the God-cognition that has a stimulating effect on all fields of life.

Surely, the imperfectness of human awareness is the source of the distress and threat of our time. However, it will be restricted by the clear knowledge of God and moral freedom. God-cognition can waken valuable strengths of the soul and contribute to a co-existence of the men and peoples of our world more respectful and more peaceful.

The works of the God-cognition are edited by the following publisher:

The following works of Mathilde Ludendorff are available in English:

The Triumph of the Immortality-Will (1982)

The “Bund für Gotterkenntnis Ludendorff e.V.” (Association for the God-cognition of Ludendorff) was founded in 1930 with the purpose to spread the philosophical cognition of Mathilde Ludendorff and represent its significance by lectures, cultural conferences and promotion of its literature. The “Bund für Gotterkenntnis” consists of individual members and a committee plus advisory council. It does not know any cult or worship. Its aim is merely to convey the new philosophical cognitions to those who strive for clarification of their “weltanschauung” and thus to show them a way to life fulfilment. Political power is not an aim of the association “Bund für Gotterkenntnis”.